All four daughters of William Morgan Jellett KC and his wife Janet MacKenzie Stokes studied music while children. They may have inherited their musical talent from their mother who was a musician of note.  The elder daughter Mainie was a gifted pianist but chose to become a professional painter.  Betty, the youngest daughter, who married Seán Purser, and lived for a time on St John’s Road, also studied the piano.    Two Jellett daughters became professional musicians and made their mark in the world of music.

Dorothea Janet, born in 1901 and known as Bay, was an accomplished violinist. She studied at the Leinster School of Music, at the Paris Conservatoire with Professor F. Firman Touche and at Manchester College of Music with Arthur Catterall. At the start of her musical career, she took charge of music at the Gate Theatre, run by Hilton Edwards and Micheál Mac Liammóir.  She loved the excitement as the curtain went up, the passion and melodrama playing overtures, during intervals and to accompany the drama.  She toured widely with the company.  Other performances around this time included playing violin solo in 1931 with the 2RN Symphony Orchestra.   In 1940, however, she left the Gate for a less precarious existence at the Gaiety Theatre where she was appointed leader of the Orchestra, assuming the role of Director in 1948. During her eighteen years with the Gaiety, she played music from Variety, Musicals, Pantomimes, and Operas. A great Gaiety friend was actor, comedian, and song-writer Jimmy O’Dea.  Bay retired in 1958 but continued to give concerts and led a small, select orchestra that had played on the tea lawns at the Dublin Horse Show since the 1930s. In 1981, she started the fundraising campaign for the restoration of St John's, giving a recital in the church, with Peter Sweeney on the organ.  Termed the ‘Grand Old Lady of Dublin Music’ in an obituary in The Nationalist (Tipperary) newspaper, she died in 1983 aged 81. 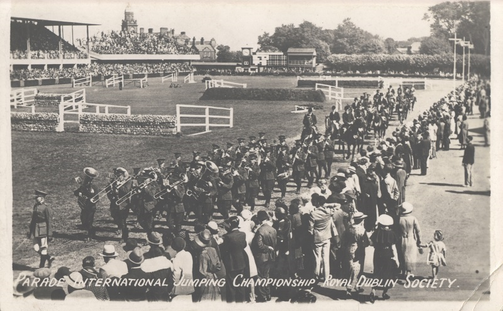 © RDS Library and Archives
​Rosamund, born in 1908 and known as Babbin, was an accomplished pianist and lived at 21 Park Avenue with her husband William Edward Phillips.  Every year she took in entrants for the piano festival in the RDS as house guests so that they could use her grand piano for practice. She came regularly to St John’s, whose members enjoyed generous hospitality in the Phillips’ home. Her funeral service took place at St John’s following her death in 2001. 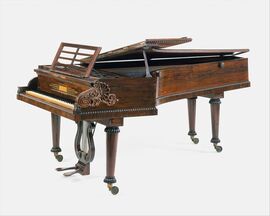