The Revd. Fletcher Sheridan Fletcher Le Fanu (1860 – 1939) took up the post of Vicar of St John’s in 1900.  He was viewed by the Trustees as ‘highest in culture and fitness all round for the post’, and ‘a very good teacher and preacher’.  He was the first incumbent to be called ‘Father’ by his flock. Descended from a Huguenot family, and relative of the playwright Richard Brinsley Sheridan, he had been Rector of Lissadell in Co Sligo from 1885 to 1899. He was friendly with the Gore-Booth family and officiated at the marriage of Constance Gore Booth and Count Markiewicz in 1900 in London.

Fr Le Fanu introduced a range of ‘High Church’ practices into the liturgy at St John’s such as the use of incense, candles, a confessional, acolytes or altar servers and choral singing of parts of the Divine Service. Cantors intoned parts of the Service at Evensong. He established the Guild of St Patrick whose chief aim was the revision of the Book of Common Prayer to allow more Catholic ceremonial in services.  He also founded the order of Anglican nuns, the Community of St John the Evangelist, whose convent was on St John’s Road.
​
He was not shy about asserting himself, even with the Trustees. Within a year, he was threatening to resign from St John’s to take up a post in England since the income he received in Sandymount was uncertain and too little.  However, Lord Pembroke, through his agent Mr Vernon, agreed to increase his contribution. Fr Le Fanu agreed to stay. Later he sought to influence the siting and decoration of a prayer desk given by the widow of the Revd B.C. Davidson-Houston as a memorial to her late husband.   He had to be reminded that while custody and control of the church is vested in the Vicar, ownership of the church, its goods and chattels is vested in the Trustees! 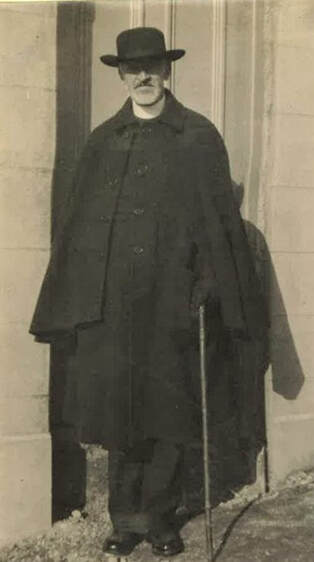