2020 marks the 150th anniversary of the disestablishment in Ireland of the United Church of England and Ireland, which had previously been the official State church. To mark Disestablishment 150. St John’s will  host a Virtual Display on its website beginning on Culture Night (18th September)  highlighting  how two of its  vicars, Fr Fletcher Sheridan Le Fanu and Fr Samuel Randal Colquhoun, came into conflict with those in the disestablished Church of Ireland who opposed St John’s  High Anglican rituals and ceremonies. A short preview is given here. 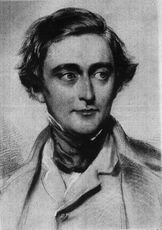 The young Sydney Herbert
The Background

In 1869, the United Kingdom parliament enacted legislation under which the United Church of England and Ireland, created by the Act of Union (1801), ceased to exist.  Henceforth the Anglican church in Ireland, now called the Church of Ireland, was independent of the State and free to manage its own affairs, both in doctrine and organization. The Constitution of the Church of Ireland in its Canons and Rubrics regulates the conduct of religious services and specifies that all clergy shall observe the rites and ceremonies prescribed in the Book of Common Prayer.

Legislation provided protection for proprietary churches founded with private funds prior to disestablishment: such was St John’s, whose construction in 1850 had been funded by the Hon Sidney Herbert, late Lord Herbert of Lea, brother of the Earl of Pembroke. Herbert was a High Anglican and follower of the Oxford Movement founded by John Henry Newman and Edward Bouverie Pusey. The Deed of Endowment vested the powers, control and management of St John’s in the Trustees.
The first appointed Vicar was the Revd. William De Burgh, D.D., graduate of Trinity College Dublin and High Churchman, who served in St John’s from 1850 until 1864.  His successor was the Revd. Bennett Clear Davidson-Houston, who was Vicar for 35 years until his sudden death in 1899.  After Disestablishment came into effect on 1st January 1871, St John’s adhered to the new Constitution of the disestablished Church regulating the conduct of religious services. A Select Vestry was appointed from among the lay members of the congregation to administer the church’s affairs. 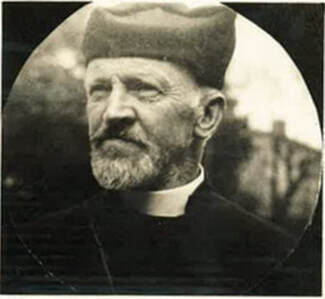 Change came in 1900 with the appointment of Fr Le Fanu - he was the first to be called Father by his flock. Reverting to powers given to him by the Deed of Endowment, he introduced a range of High Church practices into the liturgy at St John’s such as the use of incense, candles, a confessional, acolytes or altar servers and choral singing of parts of the Divine Service. He established the Guild of St Patrick, whose chief aim was the revision of the Book of Common Prayer to allow more Catholic ceremonial in services.  He established a religious order of nuns, the Community of St John the Evangelist, whose convent was on St John’s Road near the church.

There were some rumblings of discontent about perceived ‘Popery’ and ‘Romish practices’ in St John’s.  In 1909, a group of young men sought to disrupt the Divine Service by hissing, hooting and stamping their feet to drown out Fr Le Fanu’s voice while he was preaching.  They were ejected and arrests made by the Dublin Metropolitan Police; prosecutions followed; there was also civil litigation about the position of the select vestry that was resolved ultimately in Fr Le Fanu’s favour. 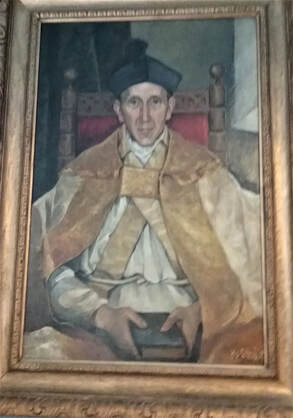 Portrait of Fr Colquhoun by Hilda van Stockum
Fr Samuel Randal Sproule Colquhoun
​
On his retirement in 1930, Fr Le Fanu was succeeded by Fr Colquhoun who served until 1960.  Fr Colquhoun continued Le Fanu’s High Church rituals and ceremonies. St John’s fell under what the Irish Independent called the ‘microscopic observations’ of  people unconnected with St John’s attending services with a ‘watching brief’, and reporting back to church authorities any practices that they deemed not in accordance with the regulations of the Church of Ireland. In 1937, accused of ‘Romish’ practices, Fr Colquhoun was suspended from his priestly duties for six months by the Church’s Court of the General Synod, a move that made headlines at home and abroad. There were ongoing disputes in respect of the Stations of the Cross gifted by the stained-glass artist Evie Hone, the lighting of candles, the presence of a crucifix over the pulpit and other accusations of practices deemed not to reflect the Canons and Rubrics of the Church of Ireland. 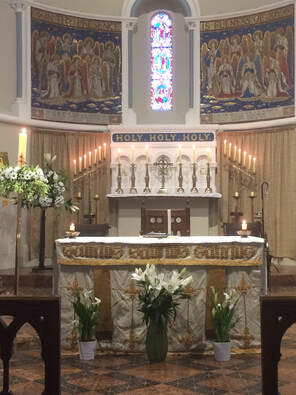 St John’s adheres faithfully to the terms of the 1850 Deed of Endowment of its generous benefactor and founder, Sidney Herbert, for whose descendant the Earl of Pembroke the front pew is still reserved. The Trustees retain ownership and authority over the fabric and overall management of the church; they appoint the incumbent (with the approval of the Archbishop of Dublin); there is no Select Vestry and day-to-day matters are managed by a Pastoral Council under delegated authority of the Trustees and chaired by the Chaplain, Fr Paul Barlow, who came to St John’s in 2011.  The liturgical practices are in the Anglo-Catholic tradition; there are stations of the cross, crosses on the altars and candles are lit for ceremonies.  Fr Le Fanu and Fr Colquhoun would be gratified that all this is now more generally accepted as permissible within the Church of Ireland.