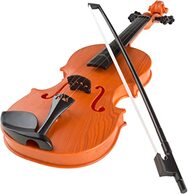 Vera Wilkinson who, as a schoolgirl at Alexandra College, won prizes in Religious Knowledge, was a devout member of the congregation of St John’s.  She was born in 1896, the youngest by many years of three daughters of civil servant George Wilkinson and his wife Mary Scott who lived at 7 Kenilworth Terrace in Rathmines.

At a young age Vera won many awards for violin at examinations of the Royal Irish Academy of Music and was a gold-medallist at the Feis Ceoil.  She was also a fine organist.  But her real love was the violin.  In her earlier years, she was a regular performer on the concert circuit, playing chamber music at such events  as a fundraiser for the Soldiers’ Tea Room in 1915, the annual conversazione of the National Literary Society in 1917 (where she appeared with the baritone Edward O’Connor-Cox) and a concert for the Royal Hospital Donnybrook in 1921.

While she often appeared as a solo artiste, she also played in a duo with pianist Alice Yoakley. The trio combination of violin, violoncello and piano was to become a favourite.  The Vera Wilkinson Trio first made its appearance in 1911 at the Feis Ceoil when she appeared with Kathleen Potterton and Rachel Leven.   Later participants in the Trio included Daphne Garratt, Mabel Reade, Alice Bell, Frank Cheatle, S. Weaving, T.H.Weaving, Madame Murnaghan and Dermot Murnaghan. Both Vera as soloist and the Vera Wilkinson Trio were frequently heard on 2RN, Athlone Radio, and Radio Eireann. At one time she was the lead violin in the Radio Eireann Orchestra.

Theatres used to have musicians playing during intervals and after the main performance.  Vera performed as part of an orchestra in the Abbey Theatre and the Gate Theatre.  Her Trio also entertained patrons of the Roberts Café on Grafton Street.
One of Vera’s sisters, Eileen, died of influenza in 1918.  Her other sister, Mabel, with whom she lived at 3 Gilford Avenue, died in 1939.  Vera’s inheritance from Mabel may have helped to afford her some comfort in her later years. One evening in November 1943, on Gilford Drive, she was struck in the face with an offensive weapon by a robber and severely injured.  She was rushed to Baggot Street Hospital.   Although she recovered, she was traumatised and retired from the professional world.   However, she continued to play her beloved violin giving a concert at St John’s in 1956 with organists Victor Leeson and Denis McKee, and another there in 1963 with the resident organist F.C.J. Swanton and mezzo-soprano Hazel Byrne. A tall, gaunt figure who loved conversation, Vera was a regular visitor at the homes of congregation members and had supper every Sunday with her close friend Evelyn Earle and her family at Journey’s End, their home on Strand Road.
​
Known affectionately as Wilkie by the young altar servers at St John’s, at the time of her death in 1968, aged 72, Vera was a resident at St Mary’s Home on Pembroke Road. She left her entire estate of £620 to St John’s Church.  Rhoda McGuinness, a fellow member of the congregation of St John’s, recorded in a memoir that the gift was used to decorate the Chancel in 1970/71 in Vera’s memory as she had ‘devoted all her days to the church’.